The anniversary of the flag resolution of June 14th, 1777 was the official adoption of the stars and stripes. Flag Day was officially established by the proclamation of President Woodrow Wilson on May 30th, 1916.

It was not until August 3, 1949 that President Truman, an Elks member, signed an act of congress designating June 14th of each year as National Flag Day.

The benevolent and protective order of Elks was the first, and only, fraternal body to require formal observance of “Flag Day”.

In July, 1908 the Grand Lodge ordered the mandatory nationwide observance of Flag Day on the 14th of June each year.

For many years, Hudson’s Elks Lodge # 787 observed Flag Day with a parade consisting of the Hudson High School Band and with lodge members delivering the mandatory ritual ceremony.

In 1996 the Hudson Elks partnered with the City of Hudson, along with a group of interested citizens, to have a county wide celebration of Flag Day. The call went out to any and every person, group and organization to come and participate in the parade. This was the beginning of many parades ever since; it has turned out to be the largest parade to be held in the City of Hudson.

The parade marches down Warren Street to the Henry Hudson Riverfront park where a festival is held with entertainment, rides for the children, informational displays, food vendors, an air show and one of the largest fireworks displays in the Hudson River Valley. Ten to twelve thousand people gather within the city to participate in this annual extravaganza. 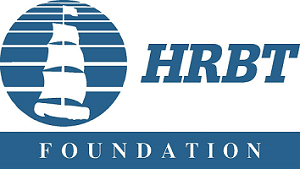 You may make a donation anytime online!